The days in 2011 are slowly ticking down toward the beginning of 2012, so as the new year approaches, we wanted to take a look back on the past year here at Layar. We’ve come a long way since 2010.

If the Layar blog is any gauge, you might be interested to know that in 2011, we posted 145 blog posts including this one. Over on YouTube, we added 44 new videos that show a wide range of Layar products and examples and events. Here’s a recap of the last year of Layar.

We were quite busy in 2011 releasing updates to existing products, creating and launching new ones, and extending our reach to broader horizons. Between January and November, we released versions 4.0, 5.0 and 6.0 of the Layar Browser. In March we were proud to finally bring Layar to Symbian devices, and followed that up with our launch on Blackberry in September.

Our new additions this year have been designed to extend Layar’s reach and make it easy for anyone to get involved with augmented reality. Before the end of January launched the Layar Player, which allows anyone to add Layar-style AR into their own iPhone apps which just a few lines of code. A few months later in the spring, we announced Layar Connect, a publishing API that makes creating layers far easier than ever before.

Toward the end of the summer, we started taking Layar in new directions as we launched our new Layar Vision technology along with the Layar Creation Challenge. The finalists and winners all found fascinating ways to implement Vision into their layers. And finally, just this week, we launched an entirely new project, totally separate from the Layar ecosystem: Stiktu, an app for creating and sharing fun pieces of augmented reality with your friends and the world.

Great New Examples of Layar in the World

In 2011 we saw the creation of some terrific new layers and applications of Layer. Thanks to the tireless work of our amazing Layar developer community, this year, you can:

In 2011, our calendar’s were chock full of amazing events we were both attending and hosting. Each month we continued our Augmented Reality Thursday series, hosting an AR meetup in our office lounge with amazing presentations of great tech demos. We even hosted our first event in the United States, Layar Day L.A., which featured a visit to the Art in the Streets exhibit and a workshop with Layar’s Gene Becker and Sander Veenhof.

Our U.S. adventures also continued with our sponsored AR Design Class at Art Center College of Design in Los Angeles. AR luminary Bruce Sterling instructed the eager young students as they designed unique, futuristic concepts involving augmented reality. You can check out some of their amazing final projects here and here.

As a company, we travelled to and had a presence at many industry events, including DLD in Munich, Mobile World Congress in Barcelona and Augmented Reality Event in California. The Layar co-founders were also busy attending events and being interviewed by various media outlets. Claire spoke at the World Economic Forum in Davos and even debated education with the Prime Minister of the Netherlands. Reuters stopped by the Layar office to profile the company and Maarten, and both Maarten and Raimo shared their vision for augmented reality here on the blog.

The remainder of our year was filled with other random events that kept things interesting for the company and around the office. In February, we unveiled a brand new official Layar video, which showcased all of the amazing things you could do with the Layar Browser. It’s quite the step up, production wise, from our original video, which still currently has over 1.3 million views.

We also welcomed AR guru Bruce Sterling to our office for presentations and talks and discussions about Layar and the state of the augmented reality industry. This year marked a special partnership between Layar and Bruce, including helping with our AR Design Class in California.

And finally, just a few months ago, Layar packed it’s bags and shipped across town to our beautiful new office in Amsterdam. So far the new office has been a great change for us, bringing us closer to the heart of Amsterdam while providing a better work space for collaboration and communication.

It’s been a stellar 2011 for Layar. As you can see, a lot has happened over the last year and we’ve come a long way as a company. So here’s to more fun and growth in 2012. We hope you join us for all the fun! 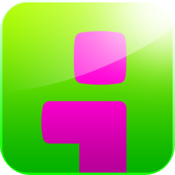 For as long as Layar has been around, you’ve probably associated us with the layers of information which you can view over your world using the Layar Browser. Recently, we’ve introduced you to our new Layar Vision technology which allows you unlock interactive AR experiences by scanning images in things like magazines, posters and product packaging.

For the last several months we’ve been working behind the scenes on a whole new project, completely separate from Layar as you know it. We’ve spent lots of time testing this idea with our private beta group, tweaking it until we felt it was just right and in the perfect state to release to the world.

Today, we are ready to show you what we’ve been working on. Introducing: Stiktu.

Stiktu is a whole new way of using augmented reality to be creative and express yourself on top of objects in the real world. It’s the app to leave your mark, share your favorite things, rate items you like and speak your mind.

With Stiktu, you can add text, images, stickers and sketches to objects around you by scanning them with your phone. Then anyone who scans that item will see your post directly on top of it, no matter where they are in the world. It works great with flat, well-lit items like posters, magazines and product packaging - the same items you see used with Layar Vision.

From the very start we always wanted to give this powerful technology to people so they could use it to their own benefit. With Stiktu we created an app that does exactly that. Now everybody can publish augmented reality content on anything they care about.

The app is now available to download in the iTunes App Store and Android Market. As we gradually roll out, the app is currently available only in Europe. To be specific, users in The Netherlands, Germany, United Kingdom, Ireland, Italy, Spain, Portugal, Greece and France can download Stiktu right now.

We will have more to share about Stiktu in the coming weeks, and the rest of the world will be able to download the app very soon. Until then, we hope you take a moment to download Stiktu and check out what we’ve been working on.

As a special exhibition for Australia’s 2011 National Science Week, (August 13-21) some talented folks are bringing dinosaurs back from extinction; and it doesn’t require frog DNA or Jeff Goldblum.

The Jurassic Science Week layer features 3D models of old favorites like Stegosaurus and Tyrannosaurus Rex, as well as some lesser-known species like Chungkingosaurus and Parasaurolophus, all of whom are happy to pose for a screenshot photo with you.

In fact, taking screenshots with the AR dinosaurs could pay off in more ways than just enviable new Twitter/Facebook photos (c’mon, we know you’re just as big of a dinosaur geek as we are), because iiNet is hosting a competition for the best human/dino screenshot. The winner of iiNet’s Photographasaurus Competition will receive a year’s worth of free internet with iiNet service!

The Jurassic Science Week layer is a collaboration between the creatives at Scitech, the stellar development skills of Valance Phua at iiNet, and the Australian government’s Department of Innovation, Industry, Science and Research.

For those of you who can’t make it to Australia next week, here’s a sneak peek at a few of Jurassic Science Week’s 3D dinos:

Layar was down due to Amazon problems

Updates:
[0:45 am] The latest news from Amazon: Lightning hit a power plant supplying power to the Amazon infrastructure. They’re working to restore power.
[8:40 am] Most of our services were back online at 4:00 am this morning. Still, indexing of our layers for the Nearby catalog page is not working and analytics on layer usage might not be running correctly. All in all, not a very good night to start the week.
[5.45 pm] We are fully operational again. Amazon has handled this the best they could actually and were very clear today in their communication to us about how to get back all our RDS instances.

At the moment of writing this post, our services are still down. This is our longest ever major service disruption since we moved our services to Amazon’s Web Services infrastructure 18 months ago. Four hours ago, at 8 p.m. Amsterdam time, I was warned by Jurg, from 9Apps.net, that there was major connectivity loss in Amazon’s network. That was just 5 minutes after the problems started.

Since then I’ve been continuously following #AWS on Twitter and looking at our AWS dashboards to see the progress. It’s frustrating, there’s nothing you can do except wait. You read of other web services in Europe that are down. You know Amazon engineers are probably working their best to get things back to normal. And you hope that when they do, you don’t have to restore from backups.

Right now, the instance serving this blog is working. So we’ve redirected our domain to point to the blog for now. Best thing you can do if you need Layar, is wait till Monday. I’m sure we’ll be back online by then.

See Warsaw as it Was During the 1944 Uprising

Near the end of World War II, the Polish Home Army fought for its capital’s freedom in the 63-day (August 1 - October 2, 1944) battle against Nazi Germany occupation known as the Warsaw Uprising.

The conflict did not end in the Polish Home Army’s favor, however, and it cost many Polish soldiers and civilians their lives. In the aftermath, Nazi soldiers and collaborators orchestrated massive looting efforts and set fire to the capital, leaving Warsaw utterly devastated.

The Warsaw Uprising Museum hosts a comprehensive collection of photographs, film, personal recounts and other historical information from the Uprising, which serves as a memorial to the soldiers and families killed during the conflict.

Starting this week, the 67th anniversary of the Warsaw Uprising, you can use the Warszawa’44 layer to access historical images and information linking the geographic connections between modern Warsaw and the war-torn capital in 1944.

The Warszawa’44 layer was created by the Warsaw Uprising Museum and Polish Augmented Reality company Adv.pl.

Check out the video they made to show off the layer (it’s in Polish but you still get the idea).